Ekorna > Blog > Around Dubrovnik – what to see

The surroundings of the Croatian city of Dubrovnik are spectacular. Very close to the city there are many, not so touristy, jewels that are well worth a detour. So if you’re wondering what to see around Dubrovnik – read on.

One of these places is Cilipi, less than half an hour from Dubrovnik. This place belongs to the Konavle Region, and here we can discover the most traditional side of the southern coast of Dalmatia. Here the folk elements have been preserved from past times are taken great care of. We can observe the great cultural heritage through its costumes or events that take place at different times of the year.

If you like museums you can visit the Ethnographic museum where you will learn more about the culture of the region, it is also located in a typical house in the area. Cilipi is also well known because of the airport where many travelers arrive to see Dubrovnik since it is located practically next door.

Another city to see around Dubrovnik is Cavtat, also less than half an hour from Dubrovnik. A beautiful seaside town where old mansions cover the streets of the tourist center. Many choose to stay in Cavtat because it is usually cheaper than Dubrovnik and because of its proximity to the airport. 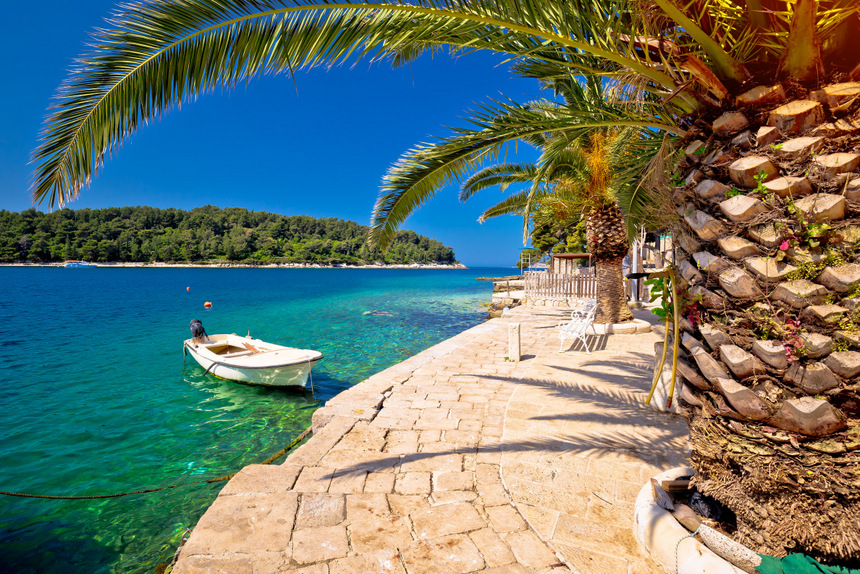 In this coastal town you must take time to stroll through its alleys where you will see numerous religious buildings. You will see references to one of the most famous painters in the region Vlaho Bukovac. And of course you can enjoy a bath in its crystal clear waters, stone beaches, where you should look carefully at the crabs, so that your feet don’t suffer.

Also nearby, although with the sea in between, you can visit some very attractive islands. The Elafiti Islands are half an hour from the port of Dubrovnik, and to get there the simplest option is to take an excursion that brings you there by boat. If you are based in Dubrovnik we recommend you visit Sipan, Lopud or Kolocep – some of the islands that make up the Elafiti archipelago. In some like Lopud, you can bathe in stunning sandy beaches and turquoise waters that you will never forget.

Another place around Dubrovnik is Lokrum Island, it can be reached in less than 20 minutes. You will be surprised by its various beaches, the sandy and stone ones, as well as the magical salt lake that is found there. And if you are a fan of Game of Thrones, you will see some of its filming locations in the Benedictine Monastery, the Botanical Garden and the Royal Fort. 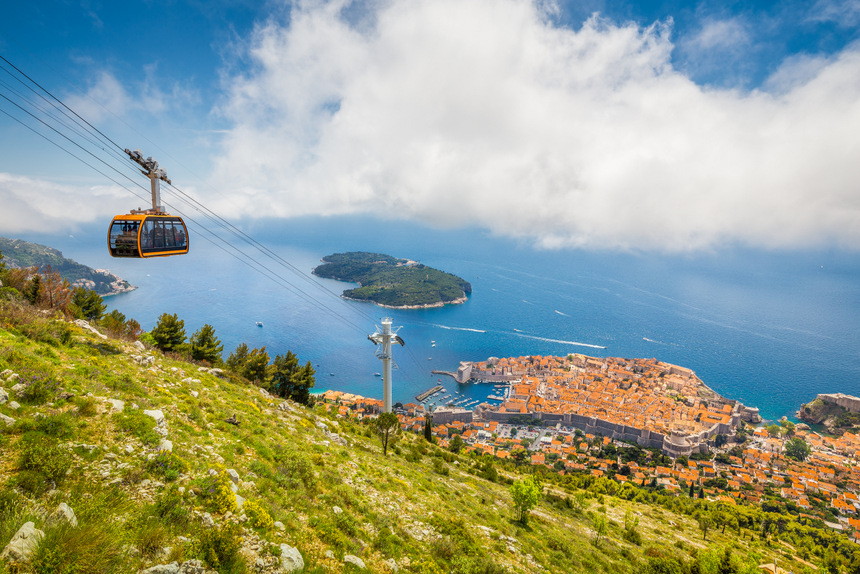 Hopping from island to island, another mandatory place is Mljet Island, about an hour and a half away by ferry, It is the greenest islands in the area. Its beauty is remarkable also due to its lakes, caves and some historical places such as the Illyrian Ruins of the 1st and 4th century. This natural complex is part of the Natural Park of the same name. It is practically uninhabited and it maintain the essence of the old and helps us get there with its fishing boats of retired sailors in the area.

Mljet is connected by ferry to Dubrovnik, so you have no excuse to visit it at any time. It is also a paradise for divers who seek clear waters and natural treasures in the depths. 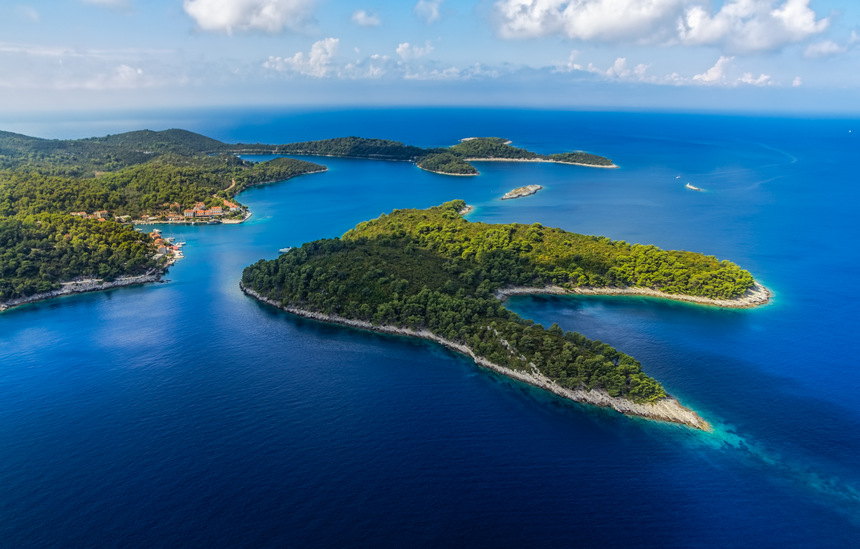 For the last of the islands, around Dubrovnik you can also find the island of Korcula famous for being the birthplace of the traveler Marco Polo. In the alleys of the historic center you will see typical houses of the sailors and even a renaissance gothic cathedral of a great architectural value. Another of its jewels is also the Palace of the Abbey of San Marcos, where you will find paintings and other goods of great heritage value.

In addition, Korcula keeps a history in its heart, they say that Marco Polo was born there, furthermore, his house is now preserved as a museum in the center of the town. To get here you can go on your own by ferry or with a guided tour.

When you head to Dubrovnik, don’t forget to take your passport. From Dubrovnik you can easily cross the border of Montenegro, which is about 40 km from the city and visit one of the most beautiful cities in the neighboring country. Kotor and Budva are undoubtedly essential places where you can enjoy the great beauty of the Bay of Kotor surrounded by its defensive wall. We encourage you to take a walk between its cozy streets, visit its two cathedrals, the Catholic and the Orthodox. You will see a mix of cultures everywhere, reflected in numerous buildings and in the population.

And if you feel like going to the beach, visit Budva. They say that it is the best beach in Montenegro and among its buildings you can find true jewels of the Venetian era, medieval architecture and numerous religious buildings of different cultures and times. There are numerous excursions to help you get to either of these places. 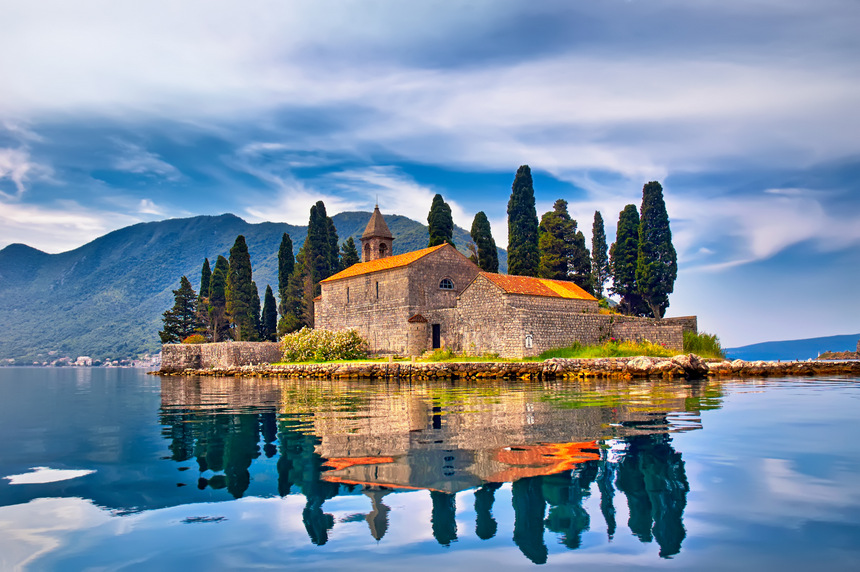 Finally, for the religious, you can visit one of the most famous and visited religious monasteries in Bosnia, Medjugorje. They say that in 1981 in this small town the Virgin Mary appeared. Since then there are more and more pilgrims from all over the world who go to the sanctuary that has been built on the hill. It is about two and a half to three hours from Dubrovnik and it is recommended to go there with a tour or on one of our organized trips. 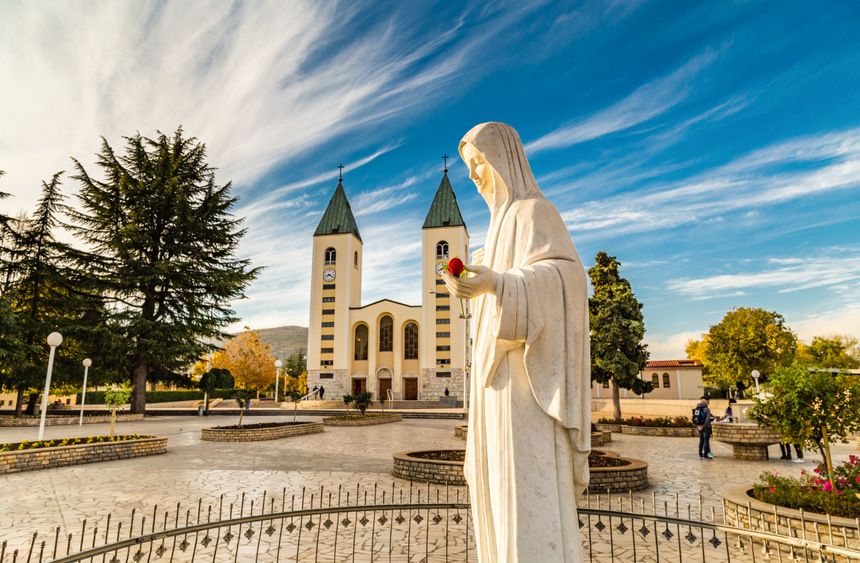 As you can see, you can not only stay in Dubrovnik. Take advantage of your visit of this Adriatic pearl to get to know its surroundings too. 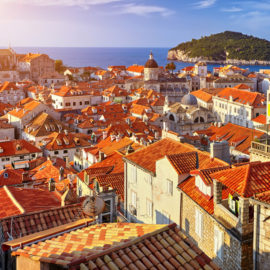 ESCORTED TOURS On this all Croatian tour you can enjoy all of the most important points of this Balkan country.... 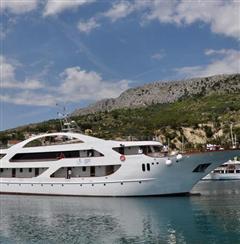 Croatia is an ideal place to spend your summer vacation. Cruising among the Dalmatian islands you will discover the beautiful... 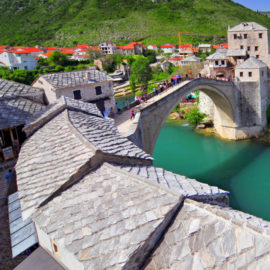 TAILOR MADE TRIP Are you ready to get to know the Balkans? On this trip you will get to know... 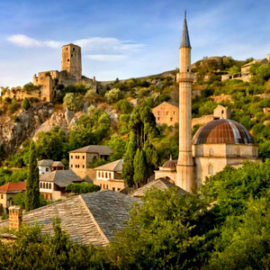 TAILOR MADE TRIP Travel to three Balkan countries once united in the same country, Yugoslavia, which have a very varied...