Are you visiting Europe and wonder how to get from Italy to Croatia. Even though these two countries don’t share a border, there are still no less than 3 options to get from one place to another: by land via Slovenia; on a plane from various airports; or by a ferry from either Venice, Bari or Ancona. To make your choice easier, we have prepared a short summery of the options you have, hopefully you will find some useful information.

Before you get started, we just want to introduce ourselves. Ekorna Travel Agency is a local agency, specialised in tailor-made trips all over the Balkans and the neighbouring countries. Needless to say, that as professionals working in this field, we can get you from Italy to Croatia or any other place in the area in no time.

for a tailor-made tour of Croatia 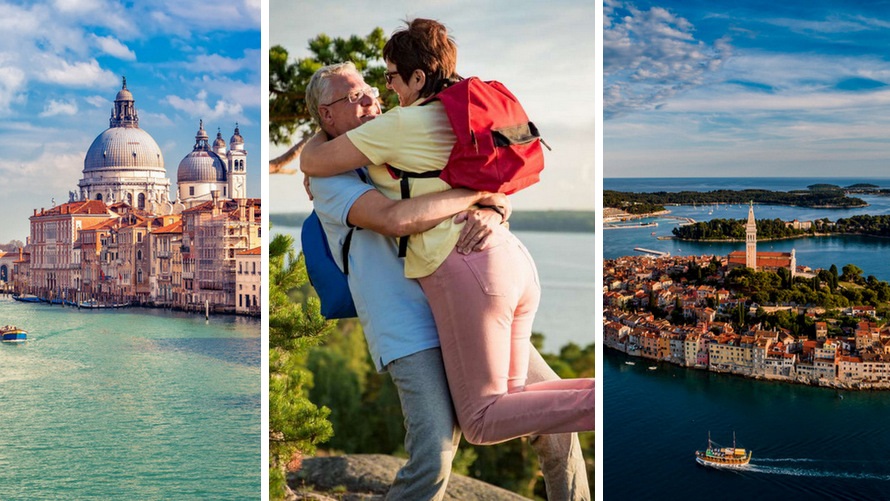 ➨ From Italy to Croatia by land

If you are located in northern Italy, getting to Croatia by land is probably your best option. Departing from Venice to the north of Croatia (for example to catch a cruise from Opatija), doing it by land, passing through Slovenia, it will take less time, than doing it by ferry and most probably even by plane.

Technically – there are no borders between Italy and Slovenia, since the two countries are both part of the Schengen area. This is a group of 26 EU member states which decided to officially abolish all all types of control at their mutual borders. Croatia as of today, still isn’t a member of this group, but is scheduled to join in the near future. Even though you will still have to show the passport or ID card at the the border, you will don’t need any additional visa, as Croatia is already member of the European Union. This might sound confusing to non-Europeans, but it really isn’t. 😉

If you are renting a car in Italy, it will cost a fortune to drop it off in another country. In many ways it would be way cheaper to get a private transfer from Venice or Trieste to one of the Croatian towns. We can help you organise transfers from several Italian cities Milan, Venice, Bologna, Trieste and others.

There are also buses and trains running from all major towns, but most of them are indirect, meaning  you will have to make a stopover in Slovenia. But that’s ok! Why not add another country to your travel list, right? Most transportation lines run through the capital of Ljubljana where you can easily kill a few hours before continuing to Zagreb or Rijeka.

➨ From Italy to Croatia by ferry

One of the ferry lines most used by tourists is the one linking Venice to Pula, a historic town located on the very tip of the peninsula of Istria. Another istrian town that has a ferry line connection with Venice is Rovinj, a picturesque fishing village also famous for great gastronomy experiences. In both cases it takes about three and a half hours to get from one country to another, making it the fastest way to get from Italy to Croatia on water.

Others popular ferry lines are those that connect Ancona with Split or Bari with Dubrovnik, if you are travelling in the south of Italy. These ferry lines are longer and usually take a whole night to cross the Adriatic Sea. We recommend booking a comfortable cabin in advance.

No matter where you entry point is, our custom-made itineraries of Croatia can be completely modified according to your wishes and travelling options. We can organise a driver guide who will pick you up right after your ferry lends and takes you to the hotel and later a guided tour of the town.

You should know that most ferries have bars, where you can buy a soft drink or something to snack on. That will definitely make your trip from Italy to Croatia by ferry a whole lot easier. Even more so, if you are travelling with children, as most ferries also has a zone, where they will put cartoons on common televisions. There are even ferries, which have areas for children as a toy library, usually in those that have a longer journey.

Nowadays, most ferries offer wifi to passengers, although there is probably not a very good connection, due to the high demand that usually exists. Normally it is very slow and the connection is lost, so do not trust too much in this service. 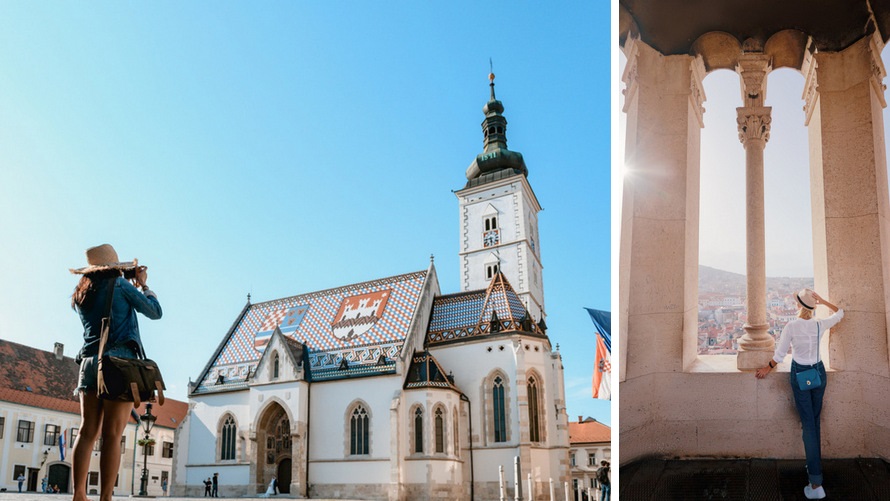 ➨ Flights between Italy and Croatia

This is very simple, there are many different connections from Italy to Croatia by a plane. Flights are short and popular, so it’s easy to find them. The vast majority are connected to one of Croatia’s two main airports – Zagreb Airport, the capital of Croatia, and Dubrovnik Airport on the opposite side of the country.

You will have no problem finding flights by either low cost carries or national airlines of Alitalia and Croatia Airlines. Milan, Rome or Venice all have great connections with either Split, Dubrovnik and/or Zagreb.

If you need more help to get from Italy to Croatia, get in touch with us. We are a local travel agency specialised in custom-made trips all over the Balkans, including Croatia. Besides getting you here from basically any place in the world, we can also organise an unforgettable travel experience.

for a tailor-made tour to the Balkans 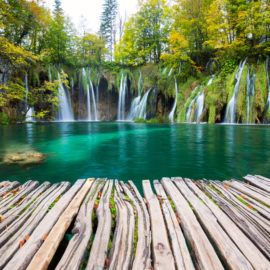 TAILOR-MADE TRIP This cultural trip will take you to all important Croatia‘s sights, showing you the traces left by its long and... 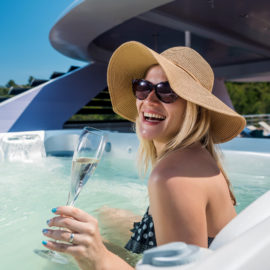 LUXURY CRUISE Experience the journey between Dubrovnik, the medieval city surrounded by walls, and Opatija which is many times compared...

Pearls of Slovenia and Croatia

TAILOR-MADE TRIP On this week-long trip you will travel to Slovenia and Croatia, two neighbouring Balkan countries. Despite proximity they...