Tirana in Albania is definitely one of the most mysterious European capitals. When planing a Balkan trip most people simply forget to also include this somehow obscure country and its peculiar capital of just over half of a million inhabitants. It’s a great destination for everyone seeking authentic places still not overwhelmed by the mass tourism. It is almost unbelievable that you can still find such genuine destinations in Europe, just a short flight away! Let us take you there!

At Ekorna Travel Agency we are specialised in tailor-made trips all over the Balkan region and we would love to invite you to Tirana in Albania for a unique experience you will be eager to tell all your friends about. Come and visit Tirana to witness its transformation from an ugly and forgotten child of communism to a colourful new star in the European sky waiting to be discovered.

for a trip to Tirana in Albania 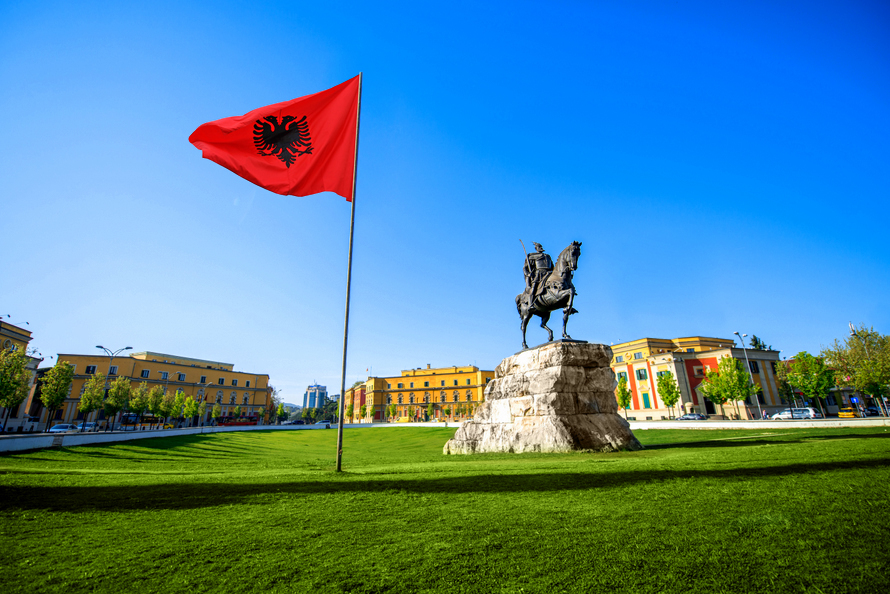 Let us first take you on a short trip through Albania’s vivid history. Did you know that the Albanian language is one of the oldest in Europe? It can be traced back to the Illyrian tribes who populated the Balkan region about 4 thousand years ago and is regarded as an independent branch within the Indo-European languages not closely related to any other language. On the other hand, it is the last language in this group to appear in written records. This happened in the 15th century when these lands were occupied by the Ottoman Turks and the Albanians were leading a strong resistance from the castle of Kruja, very close to Tirana. Albanian national hero, Gjergj Kastrioti, known simply as Skanderbeg, was the one who successfully fought against the enemy and and won all 25 battles. His statute can be seen in the main square of Tirana in Albania, as well as Kruja which is a great daily excursion from the capital and also featured in our week-long tour of Albania. Check it out!

After Skanderbeg’s death the region was eventually annexed by the Ottomans who ruled Albania for over 400 years. During this period many Albanians converted to Islam which is still the main religion (70%) and numerous mosques all over the country were built. At this point let’s name the most significant one – the little Et’hem Bey Mosque located in the main square of Tirana in Albania. Finished at the beginning of the 19th century, this national monument was one of the rare religions buildings not destroyed by the communist regime of Enver Hoxha who came to power after WWII. During his rule, Albania was virtually cut from the rest of the world and influences of those policies are still very much visible today. The long isolation made travelling to Albania a unique experience as this Balkan nation can be considered “North Korea of Europe”. Especially interesting are the numerous bunkers built by Hoxha and can be found all over the country. The bigger one is located in Tirana and is now an amazing art gallery worth visiting.

Trip to Tirana in Albania is a unique experience

Those tourists who already discovered Albania mostly gravitate to the country’s pretty – often criticised as overdeveloped – Ionian coastline also know as the Albanian riviera. Sure, it is great to spend a few days at the beach resort and soak in the hot Mediterranean sun, but this long-forgotten country offers so much more. There are several UNESCO-recognised sites worth visiting, or you can follow the footsteps of Albanian saint on a very special religious tour of Mother Theresa which takes you through three Balkan countries, the other two being North Macedonia and Kosovo.

Tirana in Albania is also featured in our popular group Balkan tour from Dubrovnik which in addition includes the neighbouring countries of Montenegro and North Macedonia. This circular tour is a comprehensive insight into the unique Balkan culture which many of our travellers like to pin as “great value for money”.

Did you know that Albania is emerging as a popular hiking destination in the Balkans? The scenic Accursed Mountains in the north of the country are becoming increasingly desired as the once isolated villages are slowly turning into not-so-sleepy trekking centres. Especially popular is the hike between Theth and Valbona, which in combination with a ferry ride through the magnificent Koman Lake Gorge, is regarded as one of the highlights of Albania. Ask our agents at ➨ info@ekorna.net to organise a multi-day trekking tour from Tirana. We’ll take care of the transfers, guides, accommodation and ferry tickets. For more experienced hikers, we can also prepare a week-long active tour through the Albanian mountains.

If you are not into multi-day hiking, but would still like to experience the Albanian nature, we can take you on a daily excursion to the Mount Dajti National Park, just 25 kilometres from Tirana in Albania. A fast cableway  – the longest one in the Balkans – will take you almost to the top of the 1613-meters-high mountain from where you can enjoy the quite spectacular views of Tirana and its surroundings. From there you can explore the area on numerous paths, but be careful not to get lost. The area is not very well marked and it is best to have a guide. Within the Dajti National Park is also the pretty turquoise Lake Bovilla which is best observed from a high cliff. Let our professional guide take you there!

Are you intrigued? Let us take you to Tirana in Albania before this mysterious capital becomes overpopulated with tourists! We will find flights, hotels and the best (driver) guides to show you around. Experience Albania, one of the most unique destination in Europe: safe, beautiful and easy on your pocket.

for a trip to Tirana in Albania 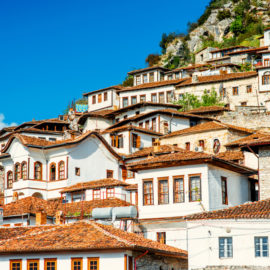 TAILOR-MADE TRIP Closed to travellers for almost the entire 20th century, Albania is still a secret not discovered by mass... 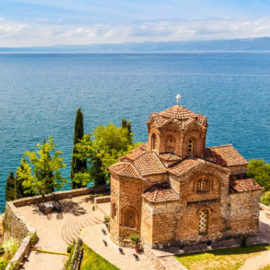 ESCORTED TOUR The Balkan Trio starts in Croatian town of Dubrovnik and takes you to the three other countries of... 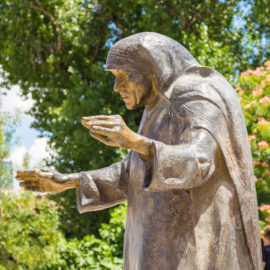 TAILOR-MADE RELIGIOUS TOUR Our custom-made circular Mother Teresa Pilgrimage takes you to all the most important natural and cultural points...